Lighting and sound are two major elements of any music festival happening around the world. Reverberating sound drooping out of those gargantuan tops and sub-woofers combined with the assaulting lasers and sharp lights accompanied with those electrifying RPGs and the fierce LED panels are what elevate the overall experience of a music festival. Every music festival organizer around the globe is undoubtedly looking out for the best production team to build a unique stage for every single edition and this is what makes visitors from various countries come down paying their hefty flight tickets to enjoy and rave together. Check out these massive stage setups around the world and the people behind these:

Drawing inspiration from the four elements – earth, air, fire and water, Pasquale Rotella has had a brilliant track record when it comes to music festival production and this magnificent stage setup called kineticFIELD was no less than any of his previous designs. With constant development in his designs, this went on to become North America’s biggest stage design till date, spanning over 480 feet in length and over a 100 feet tall housing over a thousand lighting fixtures attached with 40 lasers, 22 pyrotechnic and over a dozen confetti canons. This sure is one of the most humongous setups ever.

When you are at a desert festival, Coachella’s stage is the perfect place to be with those exhilarating aesthetics along with the brilliance in its amazing stage design. The Big Fish stage at Coachella, personally designed by the creative director of Do Lab, Josh Flemming, undoubtedly stands as one of the most appealing stages ever. Featuring multi-panelled gills on either sides of the main stage, these gills provide the much required shade from the sun for those all-day ravers, especially since the festival transpires in Indio, California, Colorado Desert.

This is the one festival that witnesses an outstanding number of visitors every single year from across the globe and the organizers never fail to deliver the right stuff. With creative designs from various production teams including Phixion Creation with help from SFX Entertainment, the 138 Foot castle last year goes down as one of those stages that elevates the entire sensory experience of the audience. Housing stained glass windows scintillating in the daylight and also with lush trees surrounding the frame of the castle, this entire setup truly makes you feel as if you were in a fairyland. This could very well be considered as one of the most complex stages ever built as it took nearly a year to design and create it and almost four weeks to build it with 100 workers per day! Now that’s something to account for. 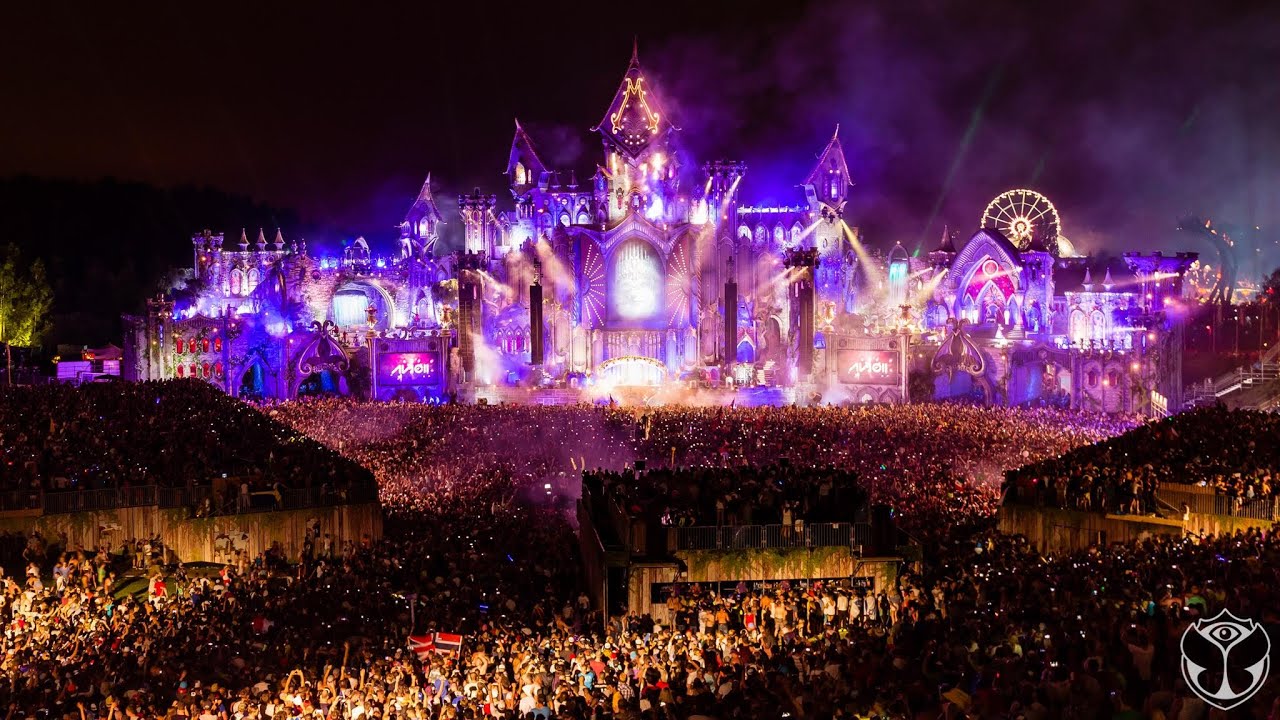 Regarded as one of India’s premier electronic dance music brands, ever since its inception in 2013, VH1 Supersonic has been delivering some power packed festivals with some of the best DJs around the world. Last year’s edition of VH1 Supersonic Goa housed a stage that was regarded as a stage that was the daddy of all stages in India ever. The Iron Heart Stage designed by Pixadoo’s VJ KayCee and Nikhil Chinapa played to the likes of Trap and Trance artists and not just that, the intricate elements that went behind the Iron Heart Stage rose the overall experience to the highest level.

The 200-feet wide by 88-feet high structure at the previous edition of Ultra Miami left the entire crowd spellbound with its powerful laser projections accompanied with 124 Legend 230SR Beams from CHAUVET Professional which pushed the complete setup way higher in comparison to its previous versions, all credits to the lighting designer Steve Lieberman of SJ Lighting, creative designer Richard Milstein, production director Ray Steinman and lighting director Patrick Dierson who made Ultra Music Festival Miami a one to remember. Atomic Design, led by Executive Producer Jeremy Stein and designer Tom McPhillips are the people who have played a vital role behind this massive stage inspired by Victorian and Asian graphic elements at the Electric Forest Festival, a four-day festival held at Rothbury, Michigan featuring some of the biggest DJs out there. With this year’s edition featuring Major Lazer, Baauer, Duke Dumont, Porter Robinson, Tchami, Gorgon City and others, the 2016 edition of Electric Forest Carnival is undoubtedly promising.

Q-Dance is one of those companies that always embellishes the stage in a grand fashion with absolutely no complaints from the audience or the organizers. They have proved to be a pioneer in the stage production front and Mysteryland’s Q-Dance stage is one such example. Netherland’s Mysteryland featured an intricately rendered stage this year by adopting the face of a baboon with pyro guns attached to its head and the smoke oozing out from its nostrils. This is certainly as complicated a stage can get and everyone now expects their designs to get only better.

An astounding electronic dance music festival that transpires in the island of Australia dedicated to Drum n’Bass, Hardstyle and Electro, receives its exhilarating stage design from the same team that works behind Mysteryland. Q-Dance Australia’s creative and technical director Matt Chromatic has been the man responsible for the production design for Defqon. 1 since 2008 and he has been undeniably doing one excellent job.